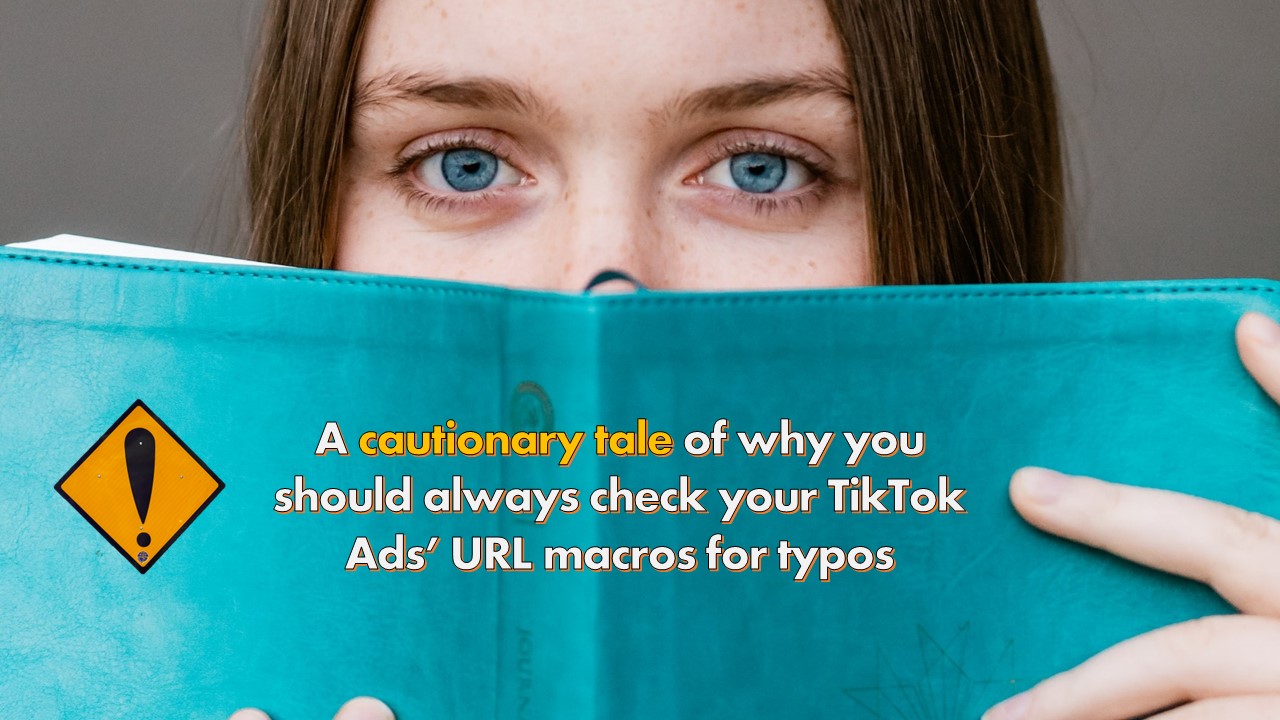 There’re a lot of hurdles in effective ad tracking these days. Apple’s iOS14 comes to mind as it single handedly plunged the entire ad industry in an existential crisis. Then there is the emergence of the European Union’s General Data Protection Regulation (GDPR) that inspired the passage of similar legislation all around the world.

While those hurdles make life more difficult for marketers, they were inevitable in the people’s pursuit for privacy. In this article, however, we will look at an unforced error that spread like wildfire causing a big headache and confusion to quite a few advertisers on TikTok Ads.

What are URL macros?

The underscore (_) character – also oftentimes referred to as underline or lower dash – is commonly used in programming variable names. So, it comes as no surprise that they are also used in URL macro names.

URL macros are variables that act as placeholder values. TikTok will search your link for occurrences of their supported URL macros and replace those macros with the corresponding value of the ad in question, such as its parent campaign name, whenever a user clicks on one of your ads. This saves you the trouble of having to enter this information manually for each and every single one of your TikTok ads. 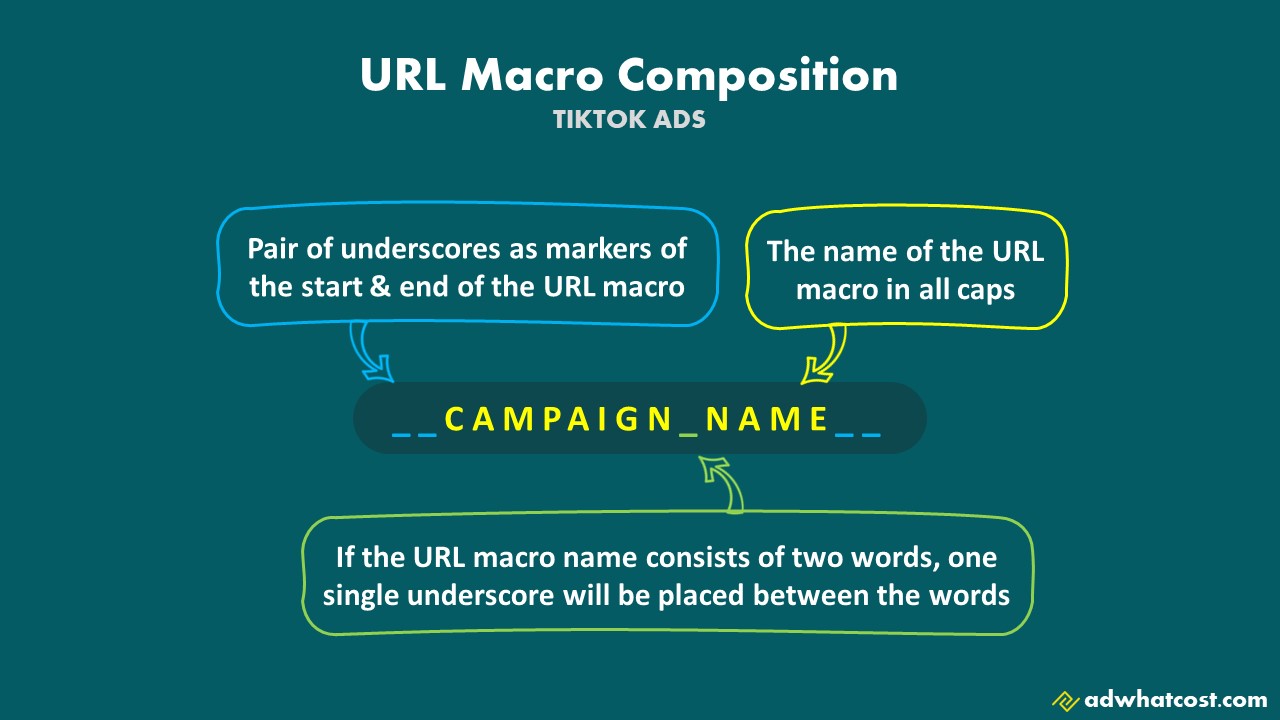 A typo on the loose

This led to many TikTok advertisers putting those faulty macros in their URLs, which in turn meant that they couldn’t track the performance of their ads via UTM parameters. It got to a point, where our customer support team here at AdWhatCost – an UTM-powered ad attribution Shopify app – received questions as to why those faulty URL macros weren’t working.

What was the typo?

The typo was as simple as it was consequential. The faulty macros only had a single underscore at both their beginning and end instead of the required pair of underscores. As a result, TikTok Ads couldn’t properly detect the URL macros inside of the ad’s target URLs. So, instead of being replaced with the corresponding values of the ad in question, the faulty macros were left as they were. This meant that all campaigns, ad groups and ads with those macros in their URL, were indistinguishable by means of their UTM parameters. A huge blow for efforts to optimize and scale one’s ads.

What caused this typo and how can I avoid something like this happening to me?

One likely explanation is inattention to detail. Or in other words, someone probably found the URL macros in the documentation on the TikTok Ads website and hand-typed them instead of copy-pasting them and didn’t notice that there are supposed to be two underscores at the beginning and end of URL macros supported by TikTok Ads.

But there are also other possible explanations, such as auto formatting. If you are using apps like WhatsApp to share TikTok’s URL macros with yourself on another device or one of your colleagues, be wary of auto formatting. This means that an app might be programmed to (wrongly) assume that the double underscores were a typo and that you originally intended to only write one underscore.

At the end of the day, it doesn’t really matter what caused the typo, as long as we draw conclusions and avoid similar mistakes in the future.

What are the correct URL macros supported by TikTok Ads?

Just so that there are no more misunderstandings, here’s the list of the actual URL parameters supported by TikTok Ads along with a short explanation of their purpose:

And one more time to reiterate, the morale of this story is to always make sure there are two underscores at both the beginning and end of the URL macro instead of just one, elsewise TikTok Ads can’t recognize the faulty URL macros and in turn can’t replace them with the intended value. May your TikTok Ads run happily ever after.